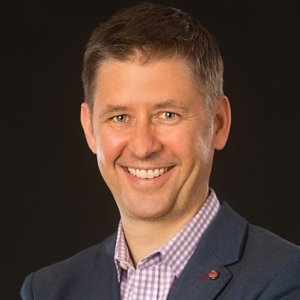 Danny Griffin is the founder of The Griffin Realty Group, a residential real estate brokerage in Boston and Cape Cod, Massachusetts. The company is currently beginning an expansion as The Griffin in Sarasota, Florida, Menlo Park California, and Seattle, Washington.

Danny learned as the ultimate business apprentice with stops in investment banking (Wertheim Schroder) and venture capital (Summit Partners). After leaving the finance business, he began his entrepreneurial journey in the retail wine business before starting his real estate career.

He was an experienced investor and commercial developer before becoming a licensed real estate agent in 1999 for Realty Executives, where he became the #7 agent worldwide and then went on to found Danny Griffin Real Estate, now known as The Griffin Realty Group | The Griffin.

Danny entered the real estate training and coaching business, teaching top-producing agents how to systematize their businesses, eventually founding The Realty Classroom, a company specializing in the build-out of real estate systems he uses in his brokerage and teaches to other agents.

Danny’s system for selling properties quickly during the Great Recession landed him an 8-episode TV  (along with his brother John) of A&E’s 60 Seconds To Sell, which featured his unique approach to selling residential homes during the recession.

Danny is a true Bostonian who grew up in West Roxbury and attended The Dexter School ’80 (now known as Dexter/Southfield), Belmont Hill School ’84, and Holy Cross ’88.

During his years at Holy Cross, he realized that the highest calling in life is to serve others. This philosophy permeates all of his personal and business activities.

Most importantly, he’s grateful that his wife and five children still tolerate him!

Danny can be found pursuing his passions as a coach at:

If you’re looking for Danny’s guidance, please contact him directly on his cell phone: 774-836-6172 or email danny.griffin@thegriffin.co

By providing your number, you are expressly consenting, in writing, to receive telemarketing and other messages, including artificial or prerecorded voices, via automated calls or texts from thegriffin.co at the number you provided above. This consent is not required to purchase any good or service. Message and data rates may apply, frequency varies. Text HELP for help or STOP to cancel. More details in Terms of Use and Privacy Policy.