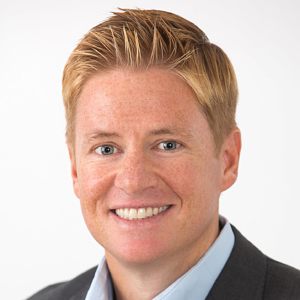 John Griffin was born and raised in West Roxbury, MA. He is a graduate of the prestigious Roxbury Latin School and received his BA in Political Science from the College of The Holy Cross.

Upon graduating from Holy Cross, John entered into the family business, successfully managing and operating for two years one of five retail liquor stores owned by the family. In 1999, 24 years of age, he accepted a full time job as a Licensed Salesperson for the well established, national, retail real estate brokerage company Corporate Realty Advisors, Inc. During his time at CRA, John successfully brokered deals for nationally know Pharmacies, Casual Diners and Self-Storage Companies.

In August of 2003, John joined the newest family business as Vice President of Sales where he helped to oversee day-to-day of over 155 transactions per annum from Cape Cod to Boston. In the Summer of 2008, John assisted, along with his brother Danny, in the launching the operation of the Boston based office of Griffin Realty Group, Inc.

With his extensive sales experience, John has helped clients purchase a diversified portfolio of properties including private residencies, vacation homes, foreclosures, and income generating properties both residential and commercial. He has also been employed as a consultant for private transactions, and as an expert witness in trials concerning real estate liquidation.

In 2014, John and his brother Danny were the co-hosts of A&E’s nationally broadcast “60 Seconds to Sell”. A show mainly focused on their ability to assist homeowners in preparing their home for a fast and efficient sale.

John’s continued success is rooted in his client’s complete trust in his ability to personally and professionally help them with their transactions and to always be working in their best interest.

John and his wife Debbie, currently reside in the City of Boston, the City they love dearly. In their leisure time, Debbie and John enjoy time skiing, golfing, playing tennis or just relaxing on the beaches of Cape Cod and Nantucket.